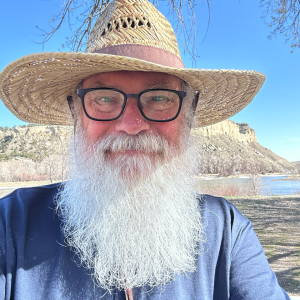 If you read my first post about grit from the other week, then maybe you, like me, have found yourself thinking about the impact of grit all over the place—you see it (or don’t see it) in people you meet, in coworkers, in yourself. Some seem to have that quality of sticking it out through all circumstances that others just don’t. Maybe you even went to take the quiz to see how gritty you are.

Once you start recognizing grit, the next logical question is “how do I get more of this stuff?” How do you build a grittier character in yourself and in the people around you? How do you become the kind of person who hangs on like a bulldog to your visions and goals? Lots of people are asking the same thing.

Angela Duckworth, psychologist behind much of the ongoing research about grit, is quick to say “we don’t know.” But she says we do have some leads as to how we can build it in people. Like any human character trait, grit is affected by your environment, and it can change over time. It can also be conditional—a person can be really gritty about some things, and not about others. Duckworth says that so far, the nearest they’ve come to finding a cause for grit is in something called “growth mindset,” an idea developed by Carol Dweck at Stanford University.

In her TED Talk, Duckworth explains,

“[Growth mindset] is the belief that the ability to learn is not fixed. That it can change with your effort…when kids read and learn about the brain and how it changes and grows in response to challenge, they’re much more likely to persevere when they fail, because they don’t believe that failure is a permanent condition.”

Believing that failure is not a permanent condition would change how you do things, wouldn’t it? Believing that failure is part of learning. Believing that failure could actually be a stepping stone to success. For instance, as we were first starting out, we would often picture what we’d do if this church planting venture didn’t work, if no one one showed up. And each time we decided that we’d learn something from the attempt, and then just try again. It would certainly be a whole lot easier to persevere through failure if it was an expected part of becoming skilled and successful. Right?

And if having a growth mindset is linked to perseverance, then, maybe another way we could think about that is in terms of vision. Vision is about recognizing that things are not permanently set the way that we find them. That things can change. It’s about having a better future in view. If a kid understands that success is something you can get to by trial and error, then that child is less likely to give up when a task is difficult. Having vision for where you want your life or your career or your ministry to go makes you less likely to settle for what you have.

Let me unpack this a little. I think it might help to take another look at 2 Corinthians 4. In verse 17 Paul says that our light and momentary troubles are achieving for us an eternal glory that far outweighs them all. The trouble we experience now is part of the process of God making us glorious. I absolutely love this perspective because it helps me to appreciate the difficult parts of my life.

And I don’t know if you noticed, but Paul starts this passage in verse 1 by saying that since it’s through God’s mercy we have this ministry, we do not lose heart. We don’t have any ministry or influence because we earned or deserved it. God gave it to us despite our lack of qualifications. And that’s encouraging, because it means our ministry and calling don’t hang on each individual success or failure we experience. It’s through God’s mercy, not our merit. God has given us work to do in his kingdom out of mercy for us, and when we experience trouble, we can keep on going, knowing that trouble is something we encounter along the pathway to glory.

So part of grit is having that vision, that frame of reference, as we persevere. Paul concludes, so we fix our eyes not on what is seen, but on what is unseen, since what is seen is temporary, but what is unseen is eternal. Failure is temporary. Trouble is temporary. God’s kingdom and glory last forever. Grit is fixing our eyes on the goal, not on our current position, and keeping our feet moving toward that goal, no matter what.

Where have you been feeling disqualified in your ministry or life or calling because of specific weakness or failure in your life? What delays or setbacks have you experienced? Take a moment to ask God to shift your perspective on those things. To remind you of where he’s taking you.

And then, use that same vision to see the things around you. For example, who are the people you are going to interact with today? Ask God what he’s up to in each of their lives. How the moment you see in their life today factors into his long-term plans for them. In The Weight of Glory, C. S. Lewis writes that “It may be possible for each to think too much of his own potential glory hereafter; it is hardly possible for him to think too often or too deeply about that of his neighbor.” Let’s have grit in the way that we love people. Let’s be gritty about how we support and spur one another on to persevere. And let’s grittily keep our eyes fixed on the goal of God’s kingdom, so we can achieve the glory of being part of it—an eternal glory far more valuable than the struggles we face on the way.