How To Do Jesus Style Evangelism 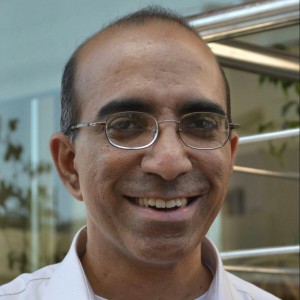 Jesus’ approach was different. He sought out people who were needy and met their needs. After their needs were met, he invited them to God’s Kingdom.

Most of the encounters that Jesus had with people put him in the position where he was meeting their needs. For some, the need was healing or the dead being raised. Others received forgiveness of sin. Some needed his friendship or a kind word of mercy. Some were hungry and Jesus fed them.

Whatever their needs were, Jesus met them without any conditions. He never asked for anything in return. It was entirely a one-way giving by Jesus, expecting nothing in return. In fact, when he sent his disciples out to do the same kinds of works he did, he instructed them not to expect anything in return. He told them “Freely you have received, freely give.” Matthew 10:8

Whatever their needs were, Jesus met them without any conditions. He never asked for anything in return.

Although many people were motivated only by their needs, Jesus did not put a restriction on them. He allowed them to enjoy the benefits he provided. It may have been this open-hearted perspective of Jesus that paved the way for crowds to seek him out wherever he went.

There were even some who sought him out because of the food he provided (John 6:26). Rather than walking away from them because their motives were temporal, he took the opportunity to teach them. He told them that although they hungered for bread that perishes, there is heavenly bread that leads to eternal life. In that conversation, he went on to say that he is the bread of life. He used the situation to teach them an important truth about eternal life that he provides.

The open-minded perspective of Jesus was expressed through the parable of the weeds (Matthew 13:24-30). A man sowed good seed expecting a good return from his field. But in the night his enemies came and sowed weeds among the good seed. When the seeds grew, the weeds also came up. The workers came to the master and asked if they should pull up the weeds. But the master instructed them to allow the weeds to remain because in pulling up the weeds, the good wheat may also be pulled up and damaged. They were to wait till the harvest when they can separate the wheat and destroy the weeds.

Thus people with wrong or evil intent may be among the recipients to whom we show God’s mercy, but we are not to dissuade them. Let them remain and enjoy the benefits provided by the Master through us. There are many who are genuine in their need and desire for Jesus.

In fact, Jesus was so intent on focusing only on the needy that he gave his disciples an instruction that was quite surprising.

And if anyone will not receive you or listen to your words, shake off the dust from your feet when you leave that house or town. Matthew 10:14

Although Jesus was clearly open and allowed anyone to come enjoy the benefits from his work, he made a clear distinction for those who wanted to be his disciples.

Then Jesus told his disciples, “If anyone would come after me, let him deny himself and take up his cross and follow me.” Matthew 16:24

The basic requirement for being a disciple of Jesus was too heavy for the masses. Self-denial simply grinds against the common self-centered human nature. And the concept of carrying the cross – simply identifies one as destined for death. What an incredulous identity to take upon oneself. Deny yourself and live like you’re destined for death!

No wonder there were so few disciples compared to the crowds that followed Jesus. There were 12 of his immediate disciples, but there is further record of a group of around 70 disciples. In the book of Acts, in the upper room, there were 120 who gathered. There is another record of more than 500 who were followers of Jesus (1 Corinthians 15:6). But these numbers are nothing compared to the masses that gathered around him.

But he never restricted the crowds. Later on, Jesus was described as one who “went about doing good” (Acts 10:38). This is the way he lived every day. He wasn’t focused on building a movement, it just became one. There was no intent of impressing anyone because his Father was already pleased with him (Matthew 3:17).

This statement may be a good summary of the approach or perspective that Jesus used in his ministry. He simply “went about doing good.” He impacted huge multitudes with this approach – then invited the people to the Kingdom of his Father. What an awesome example Jesus has left for us to follow!

Alexi George is the pastor of Adoor Vineyard Church and is an Associate Professor at Faith Theological Seminary. He blogs regularly at www.barnabas.in