Starting a Conversation about Mental Health in Small Town Churches 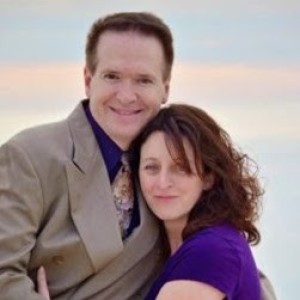 If the large cities are lacking resources to deal with mental health, I can assure you,  so is small town America.

My own life has been deeply impacted by the issue. In July of 2017, I lost my second oldest son to suicide. As a child, he had been the most happy-go-lucky of all my children. Then in his middle school years, we saw a dramatic shift in him toward melancholy and depression.

When we moved to a rural area of Florida, he went off to college and the problems got worse. I was quickly losing my son. Unexpectedly, he signed up for a tour with Youth With A Mission and did a program focused on the power of the Spirit. It was life-changing and I saw that happy-go-lucky young man emerge again. He even preached for me on occasion.

Over time, frustrated at work, disappointed in dating, he ended up in the same hole; this time he hid it rather well. He had gathered a few close friends he could talk with, but it wasn’t enough. Within a few short months, despite great success at work, he ended his life.

My wife and I tried to make sense of what we had experienced. We had suggested a number of counselors and encouraged his good friendships and for him to go deep in his faith. We saw evidence these things did help for a season. Yet, prolonged depression has a physiological side we did not fully understand.

For many in small town America, part of the charm is the quiet, close-knit communities and the permission to be yourself. On the other hand, those same qualities that make small towns great can also create barriers to seeking help.

In our son’s diary, we read of his deep love for his friends, his love of God, and his confidence we would do anything to help him, but he never left room for the idea it could be physiological. He was emphatic that he would not consider anything beyond counseling. He was afraid of becoming a burden. When it got to be more than he could deal with, rather than seek help, he sought an exit.

As our family and our congregation weathered that storm, we learned a great deal. First, we watched how unprepared the community of faith was to support us or to process our loss. Some people stopped attending our church because they could not accept that the pastor’s family could suffer like this.

As we began to emerge from the pain, others opened up to us about their struggles and we discovered many were hurting on the same level as our son. Eventually, we became a resource for hurting people and families who lost loved ones to suicide or children to any tragedy.

The stigma has not been eradicated in our small town, but the conversation is becoming more normative, and the resources are growing.

My greatest regret is I didn’t know how to start the conversation before tragedy hit. Now we talk frequently about the importance of getting help, especially medical help, because your brain, like every other organ, sometimes isn’t well.

Let me encourage you to speak openly and often about the importance of mental health both in terms of counseling and in medical and physiological terms. Consider creating a counseling fund for those who lack insurance that covers mental health care. Assure your people that seeking help is not weak or lacking faith, but good common sense.

Start a conversation. You have no idea who you might help. Originally from El Paso, Texas, Hal Hester has lived all over North America from Canada to Mexico. Prior to moving to Florida, he planted churches in Canada, Michigan & Mexico, and he served in numerous pastoral capacities in Oklahoma, Texas, Michigan, and Ohio. Hal holds several advanced degrees including a Doctor of Ministry degree from United Theological Seminary. Sensing God’s call to start another Vineyard church, he and his family moved to Brooksville the summer of 2011 to plant Vineyard Christian Church where he is currently the Lead Pastor.
Hal is happily married to Dawn (Oase). Dawn has a degree in mathematics, and teaches at Hernando Christian Academy. They have five grown children: Tyler, Joel, Hannah, Matthew, and Emma. Hal enjoys triathlon activities (swimming, cycling, running) along with kayaking, cooking, and good theology. He also loves hot spicy food and great coffee.